Neil and Sarah Taylor have today (Friday) been announced as Orkney's 'Local Heroes'.

Orkney's MSP, Liam McArthur, recently launched a public call for nominations for individuals who have made a positive difference to the lives of others during the Covid-19 pandemic. It is part of an initiative which will see ‘local heroes’ from across the country invited by MSPs to attend the formal Opening of the Sixth Session of the Scottish Parliament in October.

Neil and Sarah Taylor, who run the Hamnavoe Restaurant in Stromness, made an extraordinary contribution to supporting the wider Orkney community during the pandemic, operating a soup kitchen that served thousands of meals to those in need, while balancing work commitments at the local care home and hospital.

"All those nominated have proved themselves to be local heroes. They have shown our community at its best and made a real difference to lives of others at a challenging time for so many. It has made the task of choosing a single candidate horrendously difficult.

"I am delighted, however, to announce that I have chosen Neil and Sarah Taylor as Orkney Local Heroes. Turning their Hamnavoe Restaurant into a soup kitchen at the start of the pandemic was inspired and allowed the couple, with the support of family and friends, to provide an invaluable service to many older and vulnerable members of the community in and around Stromness. At the same time, Neil continued to work at Hamnavoe House while Sarah re-registered as an auxiliary nurse.

“Arrangements for the formal opening of this parliamentary session are still under discussion, although it has been confirmed that Her Majesty The Queen will attend. I look forward to welcoming Neil, Sarah and local heroes from across Scotland to Edinburgh for what promises to be a very special Opening Ceremony in October.

"Meantime, I’d like to thank everyone who sent in nominations. It really was difficult and I will be writing to each of those nominated to thank them for their incredible contribution to our community." 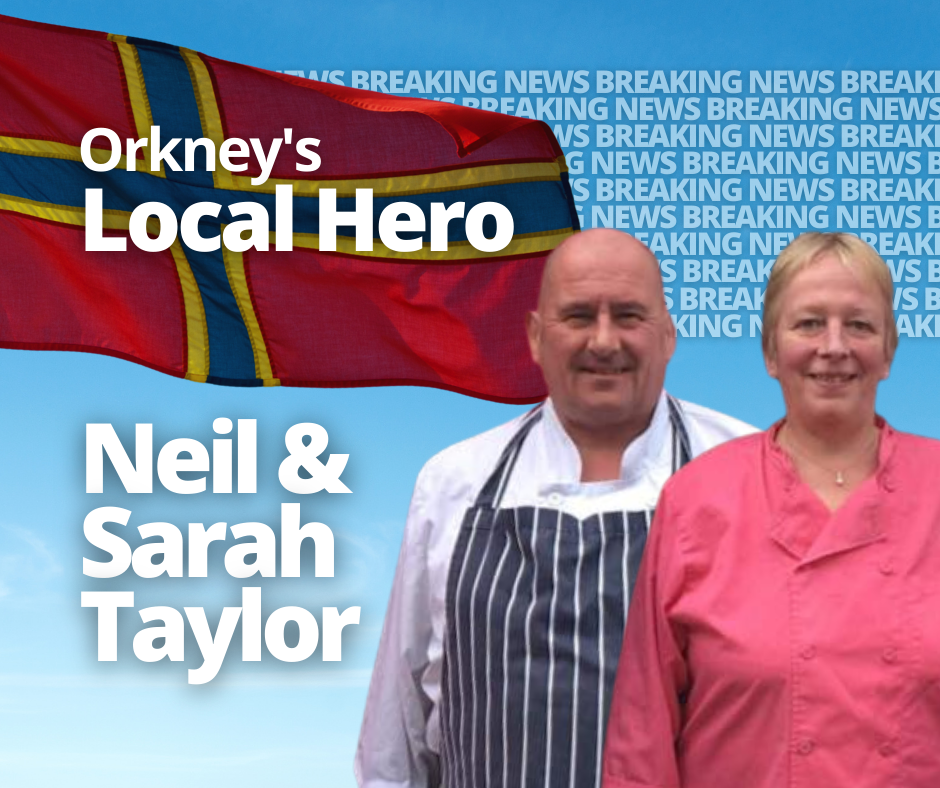