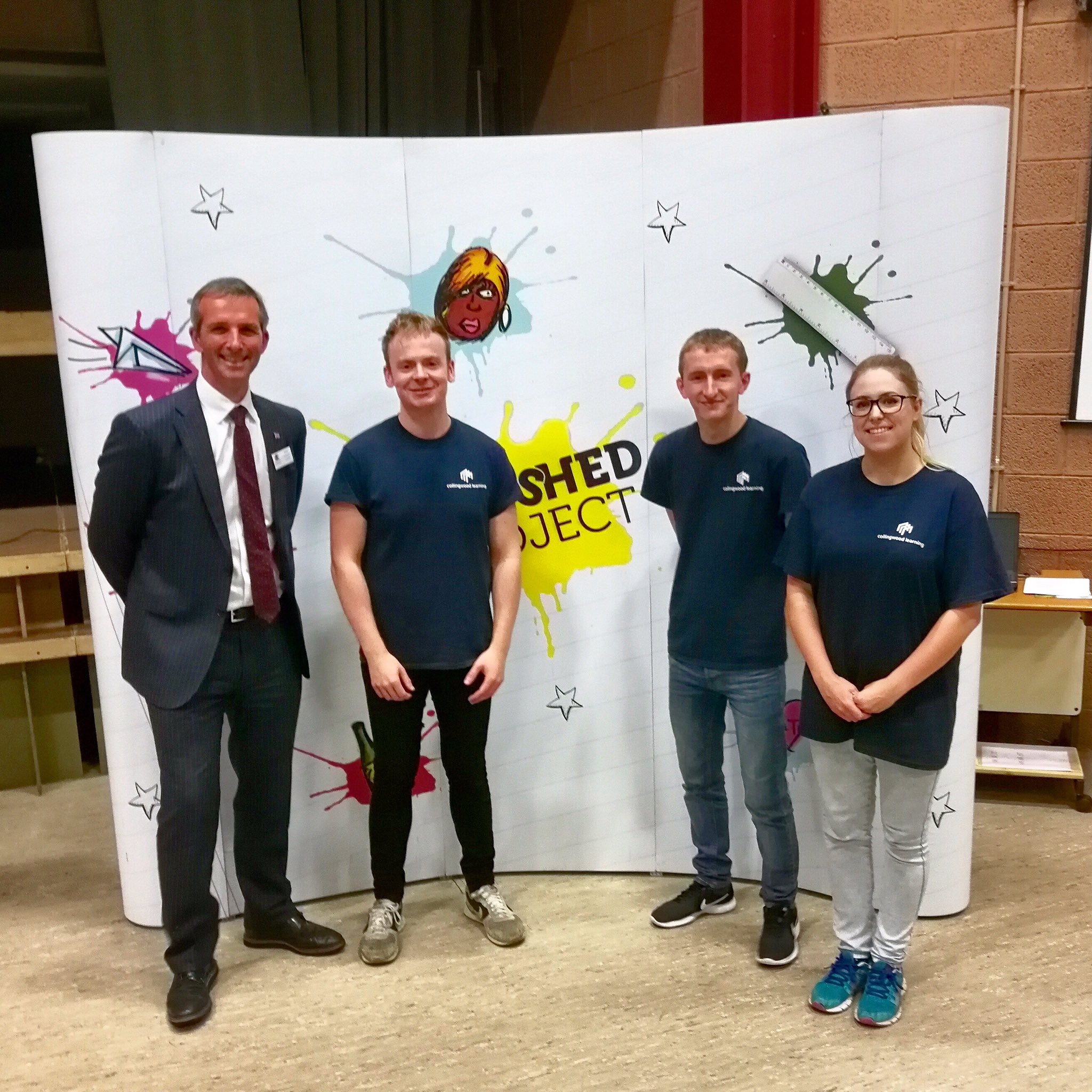 Organised by Collingwood Learning and sponsored by Diageo, Smashed is an award-winning international programme that is touring Scottish schools to engage S1 and S2 pupils with a compelling alcohol education on the dangers of alcohol misuse.

Mr McArthur joined Stromness Academy staff and 140 S1 and S2 students on Monday to watch the play about a group of friends who find themselves in trouble because of alcohol misuse. The performance was followed by an interactive workshop where pupils were invited to ask the cast questions on the issues brought up during the play and explore the consequences portrayed by the actors.

Last autumn Smashed toured 37 Scottish schools in Scotland over a six-week period, reaching a total of 9,121 S1 and S2 students. Following the success of last year’s tour, Smashed will be touring Scotland again in from September and November, with performances in 50 schools, starting in Orkney and ending in Ayrshire.

Smashed was developed in consultation with young people and is designed to engage with pupils in a different way to typical school lessons. By combining drama with interactive workshops, young people can better understand the facts, causes, and consequences surrounding alcohol misuse and the risks of underage drinking.

A recent report by Collingwood Learning on the impact of the 2018 Smashed tour showed a marked increase in the level of alcohol awareness among Scottish secondary school-aged students with 91% feeling more equipped to make the right choice about drinking. Encouragingly, the report also showed 96% of students were less likely to drink alcohol underage after taking part.

“It’s so important that young people are aware of the dangers of alcohol abuse and helped, at the earliest opportunity, to develop responsible attitudes towards alcohol.

“I was impressed by the performance by Collingwood Learning, which was both innovative and engaging. It clearly struck a chord with the pupils at Stromness Academy, who showed a real willingness to get involved and take on board the key messages.

“Finding creative ways of getting across information and advice is essential if it is to be effective. I’m sure the ‘Smashed’ tour performances will be equally well received in other schools across Scotland over the coming weeks and I wish them well.”

Following the 2018 Scottish tour, analysis also showed a 21% increase in the number of students feeling more equipped to make the right choices when it comes to underage drinking. An 18% increase was also found in the number of students being able to identify key dangers associated with consuming alcohol below the age of 18. Organisers are confident they will see similar results across Scotland when the programme is fully evaluated after its tour concludes in November.

Chris Simes from Collingwood Learning said: “We are delighted to be back touring Scottish schools and to be in Orkney again following the success of last year’s programme, which made a real impact on the understanding pupils have towards the risks of underage drinking and alcohol misuse. Our goal is to create a memorable experience for pupils that really builds their knowledge and changes attitudes towards alcohol.”

Aileen Keyes, Head of Alcohol in Society Europe, Diageo said: “The 2018 Smashed tour was extremely successful and Diageo is proud to be supporting Collingwood Learning once again. Smashed is a truly memorable experience with a powerful lesson on the consequences of alcohol misuse at its core. A total of 9,121 students took part in last year’s Scottish tour and we’re excited to take these important messages to a new audience. By getting students to participate and feel part of the performance, Smashed equips young people with the knowledge they need to make informed decisions about alcohol, which will stand them in good stead in the future.”