Orkney’s MSP, Liam McArthur, has shown his support for a campaign to ensure that Scotland’s new social security system does not fail people living with disabilities across the country.

The Personal Independence Payment (PIP) UK-wide system which people living in Scotland currently apply for is set to be devolved next year for new applicants.

The Scottish Government has pledged to end to PIP when powers are transferred to Holyrood but is yet to confirm whether the nonsensical arbitrary 20-metre rule, which states that anyone who can walk this short distance is not entitled to the higher rate of mobility assistance, will remain a part of the devolved system.

This widely unpopular rule can severely hit people’s independence and is a particularly poor fit for conditions like MS where people’s symptoms fluctuate.

“Sadly, Orkney currently has a significantly higher diagnosis rate of MS than other parts of the country, and one of the highest globally. While it is encouraging to know that more research is being carried out to improve the level of treatment and support being made available, this must also be matched by a social security system that is both fair and compassionate.

“Scotland’s newly devolved social security system provides an opportunity for us to have a system that works to provide the highest possible support to those living with MS. There is no justification for enforcing a degrading and utterly senseless rule that has already caused unnecessary distress to those living with MS under the UK-wide system.

“I’m therefore pleased to add my support to MS Society Scotland’s campaign for the Scottish Government to scrap the rule, which hopefully can also be replicated across the rest of the UK too”.

More than 15,000 people live with MS in Scotland and nearly one in six will lose out on Personal Independence Payment (PIP) support because of the 20-metre rule. As a result of this rule, thousands with MS have been stripped of their Motability cars and left trapped in their homes and unable to work, seen their health deteriorate, and been forced to face stressful and lengthy appeals to get their benefits reinstated.

Morna Simpkins, director of MS Society Scotland, said: “We’ve long known about the enormous harm caused when PIP takes vital support away from people with MS. Not only does the process lack respect for people and their lives but arbitrary and nonsensical conditions like the 20-metre rule can deprive people of vital support.

“We urge the Scottish Government to reform the assessment system – including the nonsensical and arbitrary 20-metre rule.

“We have heard pledges that under devolution the system will treat people with respect and dignity and what we have heard from our community is that for that to happen then, simply put, this rule must be scrapped.

“MS can be painful and exhausting, it shouldn’t be made harder by a welfare system that doesn’t make sense.” 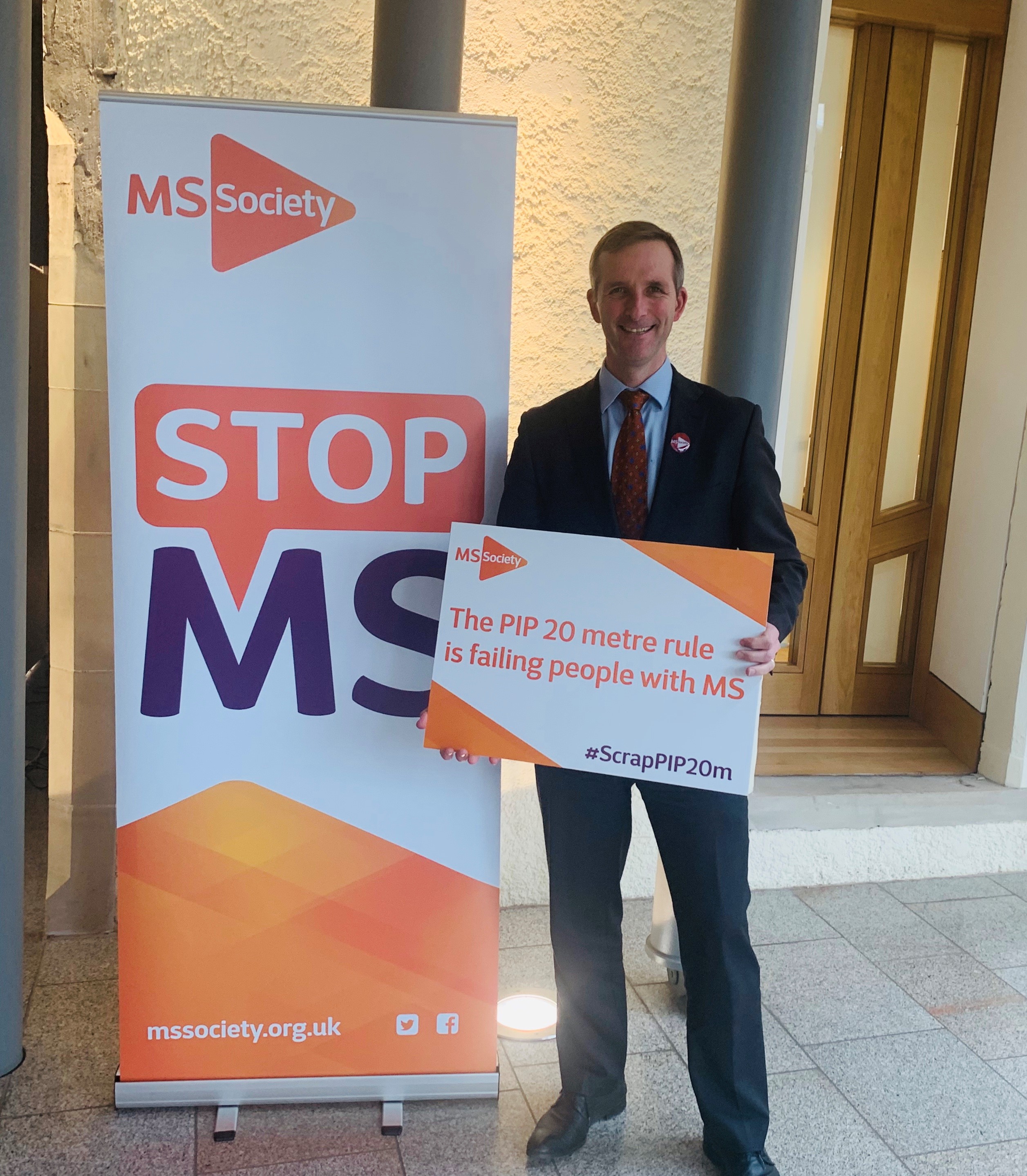