Mr McArthur added his signature to pledge a commitment to remembering the atrocities of the Holocaust and to honour both the victims and survivors.

There were also 75 remembrance lanterns on display to commemorate the 75 years since the liberation of Auschwitz-Birkenau concentration camp. The lanterns were designed by St Ninian’s, Craiglockhart, Taobh na Pairce and Leith Walk primary schools.

“Holocaust Memorial Day is an opportunity for us to reflect on a horrific chapter in our history in the hope of learning the lessons of the past and avoiding a repeat of such atrocities in future.

“As we know, however, there have been many examples of man’s inhumanity to man over recent decades. Nevertheless, the Holocaust Memorial Trust is to be commended on the exceptional work it does, ensuring the memories of the millions who were killed or suffered at the hands of the Nazis live on. By educating successive generations about the horrors that took place, we can make sure they are never forgotten. 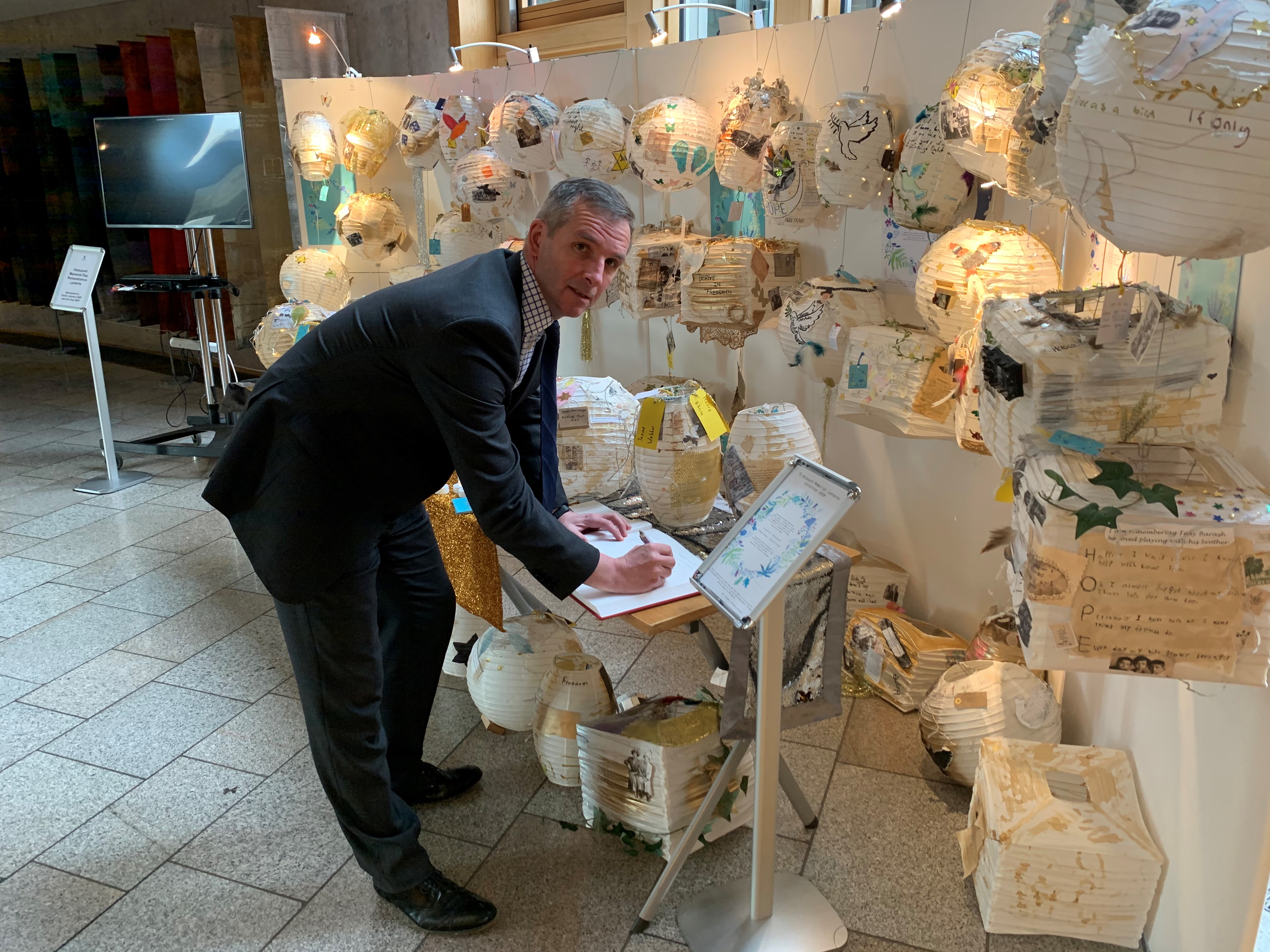