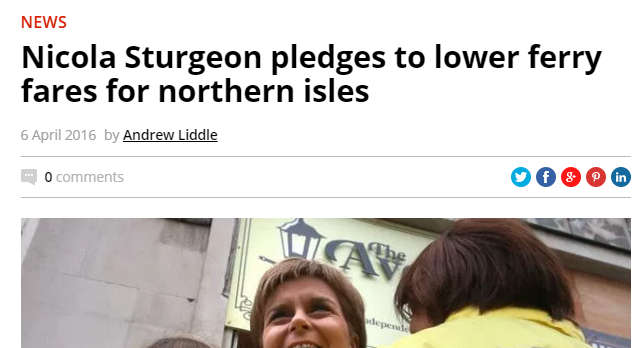 Wait – so what’s the problem?

Well, for the last 12 years the Scottish Government has excluded Orkney and Shetland from their cheaper ferry fare scheme. And get this, the Firth of Clyde islands and Inner Hebrides ferry fares are cut by 44% for passengers and 55% for cars!

So why are Orkney and Shetland being excluded from the cheaper ferry scheme?

The Scottish Government claim they are tangled up in debates with the European Commission around state aid restrictions - conveniently. But that just doesn’t check out.

We wrote to the Commission to see what they had to say. Sure enough, this was their response...

"It is for the Scottish Government to assess the compliance of an envisaged subsidy with state aid rules."

But... didn’t they promise to cut the ferry fares for Orkney and Shetland? 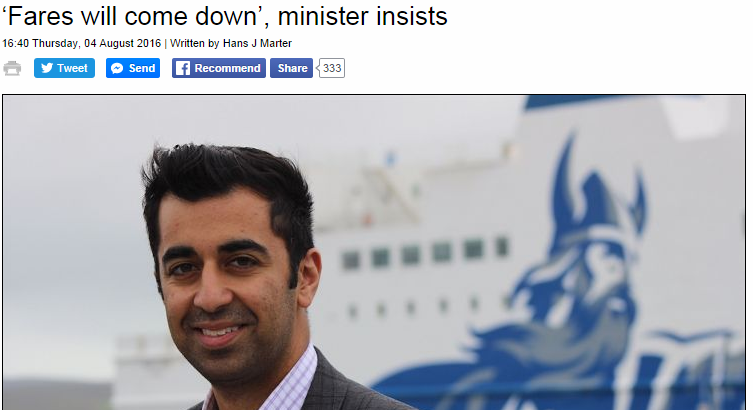 They did! The only explanation to the SNP’s exclusion of our Islands is one of political choice.

But shouldn't we give them a chance? Oh – wait, haven’t they been in government for 12 years?

Reducing the cost of travel is vitally important for people living and working in the Northern Isles, and would provide a competitive boost to business and tourism.

Rest assured, Northern Isles MSPs Liam McArthur and Beatrice Wishart are up to the fight for cheaper fares!

Find out more about our work. Sign up today: