Orkney consists of a group of islands, 18 of them inhabited, situated off the north coast of the Scottish Mainland. More than three-quarters of the island's 20 000 population live on the Orkney Mainland, some 7 000 of them in the City and Royal Burgh of Kirkwall, the administrative centre for the island, and 2 000 of them in Stromness, the other main town and ferry port. The main industries are, agriculture, tourism, fishing, oil, aquaculture, craftwork, food processing distilling and brewing.

The quality produce exported from the islands includes beef, cheese, seafood, jewellery, baking and confectionery, and of course Highland Park and Scapa malt whisky and the famous Skull Splitter Beer.

Visitors to Orkney enjoy the scenery, the wildlife, the food, the world famous archaeological sites and of course the renowned Orkney welcome. The internal affairs of the islands are controlled by Orkney Islands Council, while the health services are run by NHS Orkney. Orkney shares a Member of Parliament with Shetland, the group of islands to the north, and has a long tradition of electing Whigs, Liberals and now Liberal Democrats. After a brief interlude with a Conservative MP, the seat was won for the Liberals in 1950 by Jo Grimond, Leader of the Liberal Party for 10 years during the 1950s and 1960s. The seat was held by Jo Grimond until he retired in 1983, when the seat was retained for the Liberals by Jim Wallace. Jim Wallace remained the MP until 2001 when the seat was won for the Liberal Democrats by Alistair Carmichael. During the negotiations over the terms of the Scotland Act, Jim Wallace won separate representation for Orkney and for Shetland in the new Scottish Parliament, and in 1999 he was elected as Orkney's first MSP. 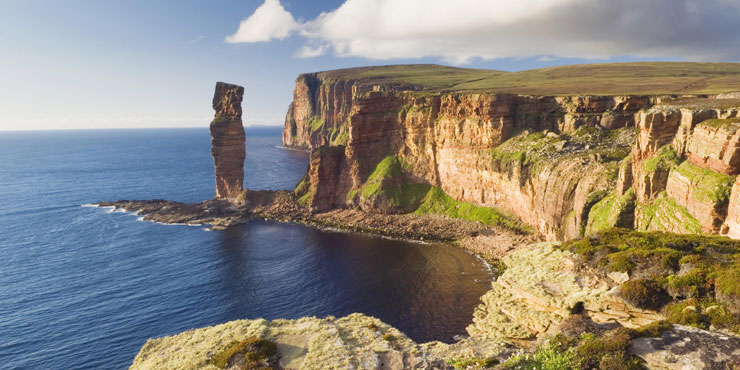